With the development and change of social economic structure, family population structure and information technology, as well as the improvement of human requirements for the safety, comfort and efficiency of the home environment, the demand for home intelligence has greatly increased. At the same time, more and more families require that smart home products not only meet some basic needs, but also require that smart home systems extend their functions The service can be simple, convenient and safe.

Introduction to the technology of intelligent furniture system

1）Wired mode: all control signals in this mode must be connected by wired mode, and the signal lines at the controller end are even more frightening, but it is also very difficult to troubleshoot problems. The disadvantages of wired mode are very prominent, such as complicated wiring, heavy workload, high cost, difficult maintenance and difficult networking. These shortcomings ultimately lead to the wired smart home only stay in the concept and pilot stage, unable to promote on a large scale.

2）Wireless mode: the wireless system for smart home needs to meet several characteristics: low power consumption, stability, easy to expand grid connection; as for the transmission speed is obviously not the focus of such applications. Several wireless methods for smart home

1）Bluetooth: A radio technology that supports short-range communication of devices (typically within 10m). This technical communication distance is too short, and it is a point-to-point communication method, which is not applicable to the requirements of smart home.

2）Wi-Fi: It is actually another name for IEEE 802.11b. Its biggest feature is that it is convenient for people to access the Internet anytime, anywhere. However, the shortcomings are obvious for smart home applications, with high power consumption and strong networking expertise. High power consumption is a fatal defect for deploying low-power sensors anytime, anywhere. Although Wi-Fi is very popular, it only plays a supplementary role in smart home applications.

3）Zigbee: The foundation of Zigbee is IEEE802.15. However, IEEE only deals with low-level MAC layer and physical layer protocols, so the Zigbee Alliance has extended the IEEE to standardize its network layer protocols and APIs. Zigbee is an emerging short-range, low-rate, low-power wireless network technology that is mainly used for short-range wireless connections. It has the characteristics of low complexity, low power consumption, low speed, low cost, ad hoc network, high reliability, and beyond line-of-sight. It is mainly suitable for applications such as automatic control and remote control, and can be embedded in various devices. In short, Zigbee is a cheap, low-power, short-range wireless communication technology for ad hoc networks. These characteristics meet the requirements and trends of the development of the Internet of Things. At present, the applications of the Internet of Things and Zigbee technology in smart home, industrial monitoring and health care have great convergence. 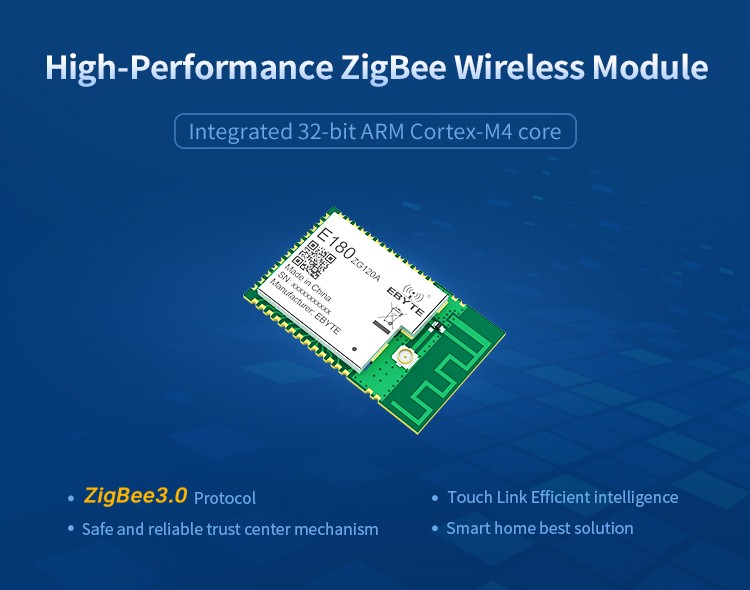